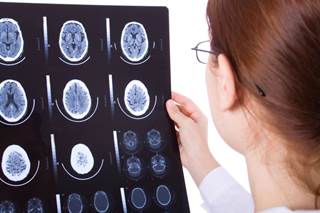 New research proposes a novel mechanism for how tumors sidestep the immune system in patients with intracranial tumors.

Although T-cell lymphopenia in glioblastoma (GBM) is often attributed to the medications administered to a patient, evidence from researchers at Duke University in Durham, North Carolina, published in Nature Medicine, suggests that another mechanism is at play — and this phenomenon actually keeps T cells hostage within the bone marrow, preventing them from attacking tumors in intracranial regions.

The tumor-directed loss of a receptor important for shuttling T cells, S1PR1 or S1P1, is the likely reason there are low levels of T cells in the blood and lymphoid organs of patients with GBM, the researchers hypothesized. Once signaled by tumors, T cells are thought to act like retractable pens, pulling their receptors for S1PR1 back into their own cell membranes. Without these receptors, which act like “exit visas,” the researchers proposed that T cells cannot travel out of the bone marrow.

To confirm this suspicion, the team looked at patient records from Duke University Medical Center from the prior 10 years and selected treatment-naive patients who had a confirmed GBM diagnosis and had undergone a complete blood count and a computed tomography (CT) scan of the chest, abdomen, or pelvis.

Then, from a small cohort of 15 treatment-naïve subjects with GBM, the researchers prospectively compared T-cell counts with controls. They determined CD4 counts were low, at levels consistent with the counts seen in patients with AIDS. Although they expected to find T cells in the spleens of these patients, they actually found spleenic contraction in these patients.

This observation of organ shrinkage was confirmed in a subsequent glioma mouse model, in which the investigators also saw evidence of contraction and T-cell dysfunction in the thymus and cervical lymph nodes. And, of note, they observed a 3- to 5-fold expansion of T cells in mouse bone marrow, suggesting a reallocation of T cells from the organs and blood to bone marrow.

The disproportionate number of T cells in the bone marrow was confirmed in another examination of 15 patients with GBM, in which the team found a 20:1 marrow to blood ratio. The investigators did not see this trend when they tested levels of T cells in mouse bone marrow after introducing tumors of various types, and this told the researchers that the appearance of increased levels of naïve T cells could be tumor-imposed. They theorized that this could be a response specific to intracranial tumors.

“[A]lthough we have not uncovered exactly how S1P1 gets lost from T cells, we suspect that it is the brain itself that harbors the mechanism, and tumors simply usurp it,” study researcher Peter Fecci, MD, PhD, assistant professor of neurosurgery, director of the brain tumor immunotherapy program, and co-director at the Center for Brain Metastasis at Duke University Medical Center, told Cancer Therapy Advisor in an email. “In other words, the brain harbors what we feel is a newly discovered means of keeping T cells out (immune privilege), and the tumors in the brain take advantage of that mechanism. By keeping T cells stuck in the marrow, tumors in the brain sidestep the immune system.”

And the T-cell imprisonment the investigators described in GBM is reversible; they asserted that if drugs were developed to prompt the immune cells to make S1PR1 again, the T-cell sequestration could be reversed. However, the researchers said there are currently “no means for pharmacologically fixing S1P1 on the T-cell surface.” They pointed out that a drug focused on S1P1 could be useful adjunct therapy and could be used synergistically in combination with checkpoint inhibitors in patients in whom this type of inhibition failed when used as a monotherapy.

“When we genetically stabilize the receptor on T cells, the phenomenon is reversed, and T cells get to the tumor. In mice, this permits immune-based therapies that had failed previously to now work quite effectively — very exciting. Interestingly, as an aside, fingolimod is a drug that’s FDA [US Food and Drug Administration]-approved for [multiple sclerosis] — and it works just like the tumor does: it causes loss of S1P1 from T cells, thereby trapping them in lymphoid organs so they can’t get to the brain and elicit the autoimmune response that creates [multiple sclerosis].”

S1P1 has also been “implicated in the spread of lymphoma cells through lymphoid organs,” according to Dr Fecci. His team at Duke University, along with Robert Lefkowitz, MD, “the Nobel Laureate at Duke whose Nobel Prize is for discovering the class of receptors to which S1P1 belongs,” is developing drugs to release T cells trapped in marrow, but added that these investigational therapies are not yet at the trial stage.

When asked if there would be any drawbacks associated with stimulating the release of trapped T cells, Dr Fecci said a “theoretical drawback would be decreasing the ability of T cells to stay long enough in lymphoid organs to become properly primed against tumor[s], or to decrease the number of resident memory T cells [TRM] at the tumor [as S1P1 loss can keep TRM at their sites].” However, he emphasized that this potential negative effect is still speculative.